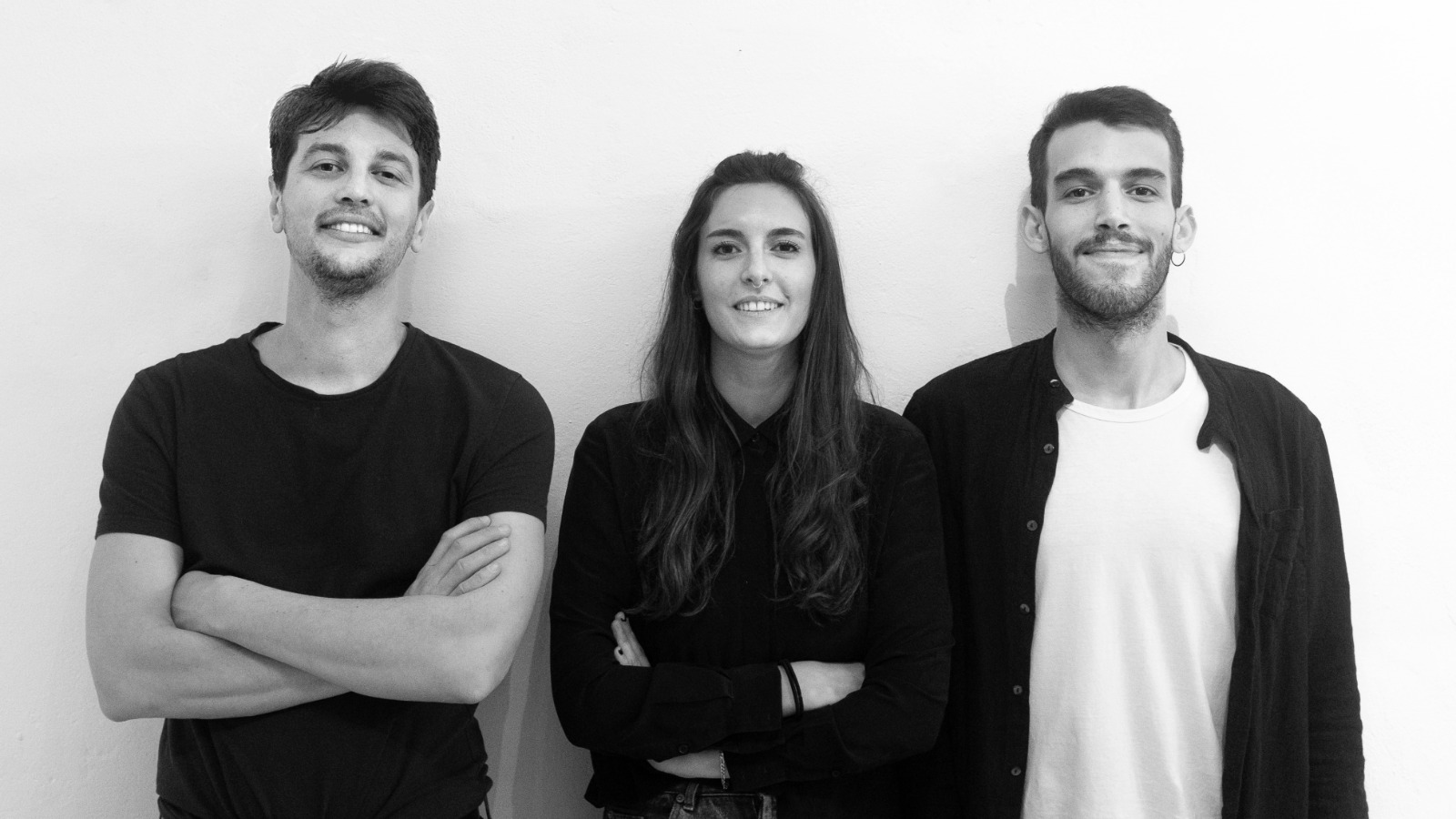 [S.]: We are Sara Ceradini, Francesco Fadani and Jacopo Undari, we are the founders of the project Tatanka and all three of us work in different worlds: communication, graphics, publishing, illustration, education…

What is your story?

F.]: “The story of Tatanka is that of a publishing and artistic project that was born in 2018, in Urbino. It was born initially as a magazine, we wanted to tell the main current events through illustration, graphics, images. The publication worked in this way: every two months we involved 10 illustrators, graphic designers, artists, and to each of them we assigned a topical theme to be told through a poster. The magazine thus became the collector of 10 posters, it became a particular object, decomposable, that could not be read “linearly”, but needed to occupy a physical space. We started by printing in A3, a relatively small format, but then quickly moved on to printing on 50×70 cm, so as to make the magazine more bulky. In a way we wanted it to be “uncomfortable”, we wanted the reader to take their time to read it, to break it down, to understand it. The next step is probably to intervene directly on the facades of the buildings! [laughs, but sounds serious ed].

J.]: “Being a self-production, at the beginning we didn’t have big numbers: to distribute the magazine we organized events, workshops, residencies or talks on the occasion of each publication, in order to present our work to the public and involve them directly in the project. Over time, these kinds of educational activities and sharing have become the real fulcrum of the project, we have managed to create around us an increasingly wide network of artists and collaborators, and now Tatanka is no longer just a magazine, it has become rather a graphic design studio, a project aimed at teaching, an artistic project. Working in this way we have arrived in Bologna, Urbino, Verona, Brussels…”

Wait: does this mean that the magazine is not the only project in the pipeline?

F.]: “You got it right! Tatanka Journal was our first editorial project, and it is still something with a strong identity, but then “Tatanka” became a separate entity, which also works on other kinds of projects. But at the base of our work there is always the will to dialogue with the territory and to create something that can have a social value and not only aesthetic: for this reason the workshop part is very important, because it allows to create a direct participation and involvement in the project.”

Give me an example.

[S.]: “A project that we are happy about is for example the collaboration with Artribune, of which we took care of the covers during the whole 2020: Tatanka “settled” on the covers of Artribune, making images that tried to tell the most significant moments of this historical period, such as the pandemic, the lockdown, the Black Lives Matter, the American elections. We carried out a project that was somewhat parallel and unrelated to the actual content of the magazine.”

[F.]: “Then, in Brussels, with two classes from the Esa Saint-Luc University, we held a publishing and self-publishing workshop, in which the kids tried to build their own issue of Tatanka Journal: it was the anniversary of the fall of the Berlin Wall, and so just “the wall” became the thread of the magazine, addressed from different points of view. Here, I think the most beautiful thing we are doing is just to create a path that leads us to design something to leave to the place that is hosting us.” 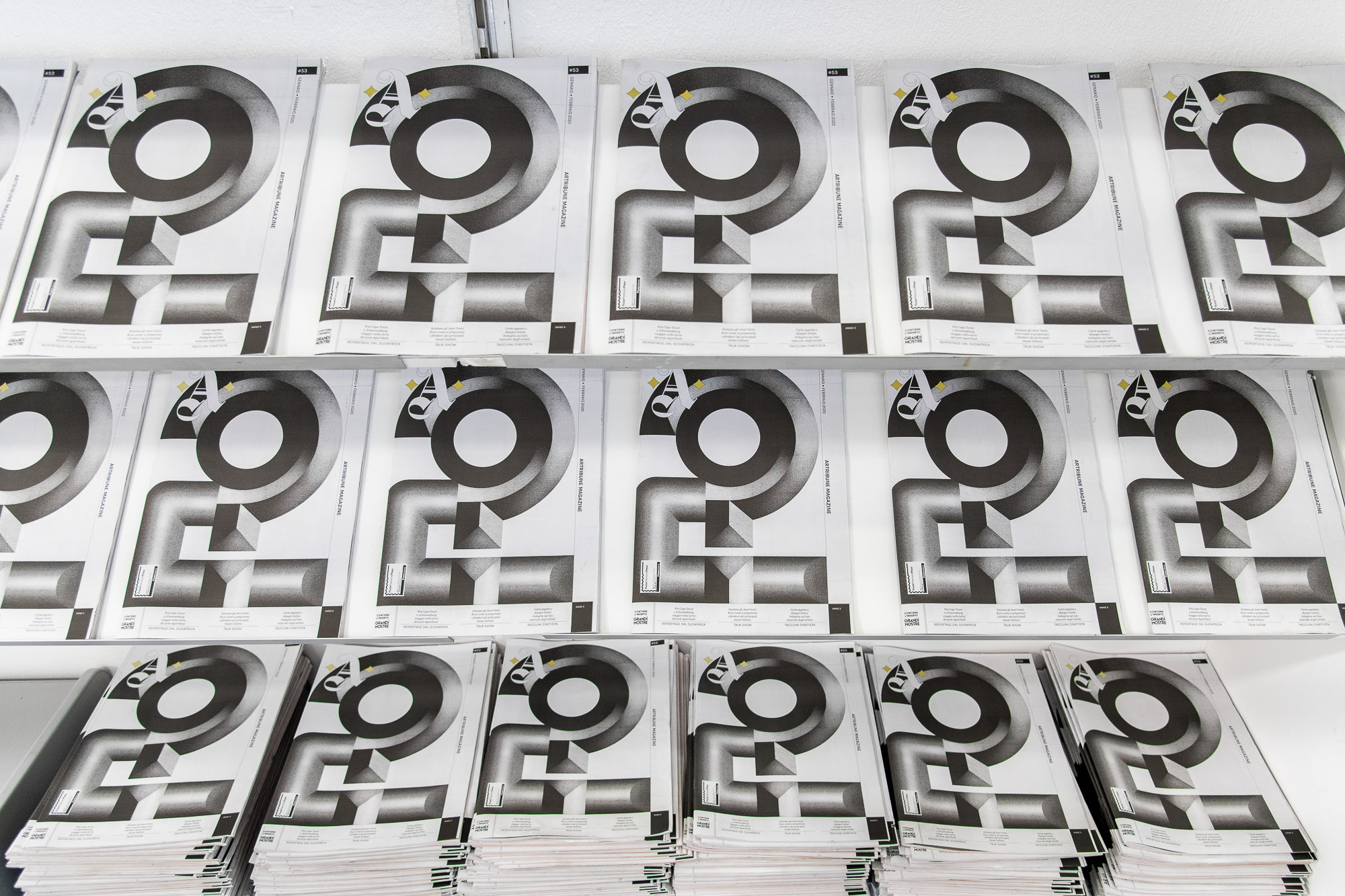 But back to the magazine: the news? The artists? I mean, how do you find the material?

J.]: “Our idea was to be inspired by the structure of periodicals, but translating the journalistic story into a story in images. We decided to publish ten news items each time, dividing them into national news, international news, culture news, science news, etc.: but such a rigid division was short-lived, we decided to focus more and more on those specific current issues that seem to us more interesting and stimulating to translate into posters.”

[F.]: “Regarding the search for artists: initially we collaborated only with illustrators, but with time we realized that it would be interesting to involve also artists from different backgounds, so graphic designers, photographers, type-designers, cartoonists. We wanted to be free to publish any kind of poster and image, and we still think that kind of diversity adds value to the publication.”

[S.]: “For each news item we look for the artist whose approach seems to us to be perfect: we don’t want to condition them in any way in their work, we simply make editorial choices that allow us to have a homogeneous and consistent magazine, even in the variety of styles and artists.”

What if you wanted a copy?

J.]: “Here, our project lasted a year and a half, at the end of which we were able to pretty much distribute all the copies we produced. Once the first cycle of publications was over, we decided to take a break, to think about some experiments that we obviously couldn’t do before, since we had to run after the deadlines that a bimonthly magazine like this imposes on you. Now, however, we are close to start a new project and a new production, so if you want you can order the next publications directly from our website!”

Let’s go now to the question of questions: where does your name come from?

J.]: “Ooooh, finally! We couldn’t wait any longer [laughs]: Tatanka means “BISONTE” in the language of the Lakota, the Native Americans. Every year this tribe would get together and paint pictograms on the bison skin, representing the most important events of the year. It’s a bit like what we do: we stop the memory of the events through images”.

We love it! Next folder: what is your mission?

J.]: “What a question, we are a publishing project, so our mission can only be: “Don’t die!”. Jokes aside, we want to consolidate our idea, grow the network of artists involved, make quality images to convey thoughts, culture, art.”

[F.]: “Then as a graphic design studio we’re busy on several fronts, and obviously every new job requires special attention to the specific needs of that project or client.”

[J.]: “We came here because we got in touch with some projects already included within this network, and especially because we share DumBO’s mission, we really believe it can become a reference point for the city and its suburbs.”

Last but not least: if Tatanka were a song, what would it sound like?